ANDY BROWN: Diamonds on Canvas – The Art of Baseball

From PNC Park’s majestic backdrop of downtown Pittsburgh, to the dirt infield of the hallowed Koshien of the NPB, amongst the cheer squads of the KBO and passionate fans of the CPBL, using paint on canvas for over 10 years I have captured baseball worldwide. 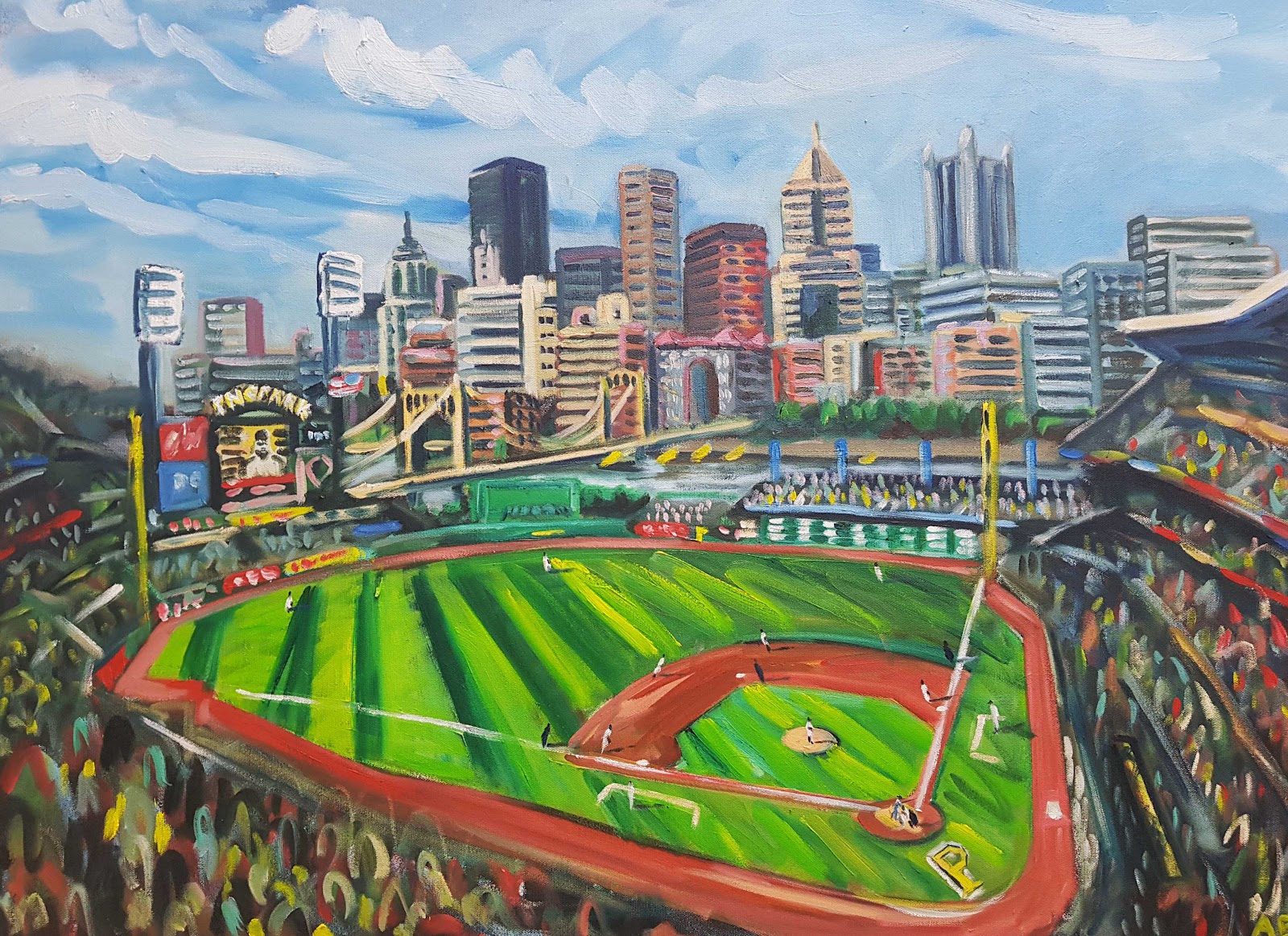 My name is Andy Brown and I am an award-winning British artist. For over half a decade I have travelled the globe with my paints to document baseball: ballparks, stadiums, the players and people who make up the game. So far I have made artwork in 12 different countries all within 9 innings: US (MLB, MiLB, Independent Ball), Canada (MLB), Dominican Republic (LIDOM), Korea (KBO), Japan (NPB), Taiwan (CPBL), Cuba, Mexico (LMP, LMB), England (As official artist as MLB London 2019, BBF), Scotland (SBL), Italy (As Team GB Official Artist) and China (CBL). In the 2018 season alone I attended 67 games in 4 different countries painting the ballparks and games live, along with the many people who surround it. In the 2019 season I did something no one has ever done before, visiting all 30 MLB ball parks in a single season painting the action that unfolded before me. 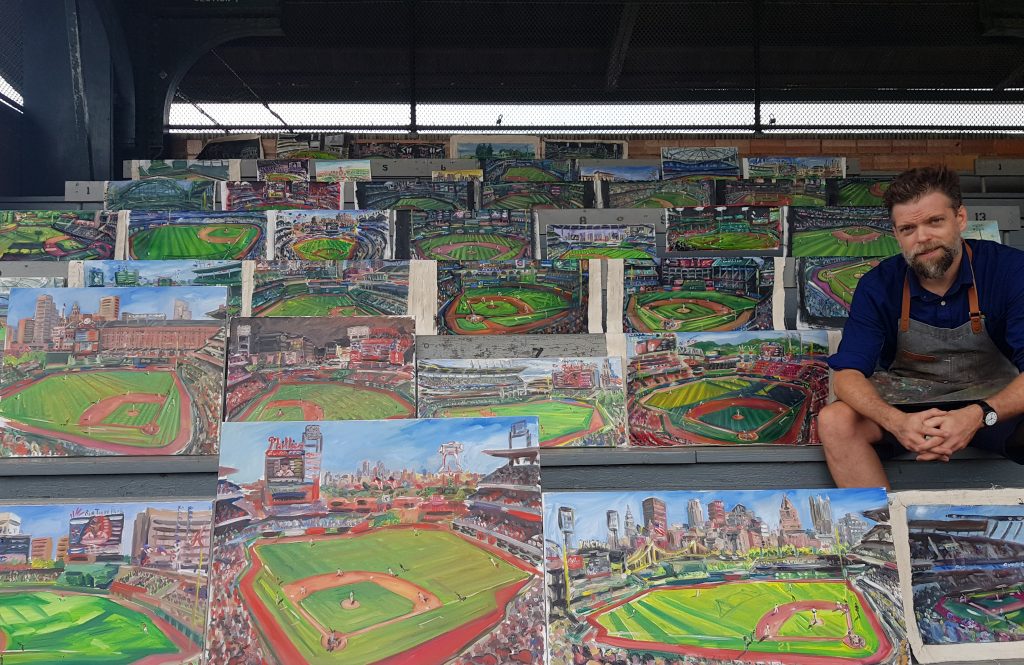 Doubleday Field, Cooperstown, N Y. With my paintings from all 30 MLB ballparks. 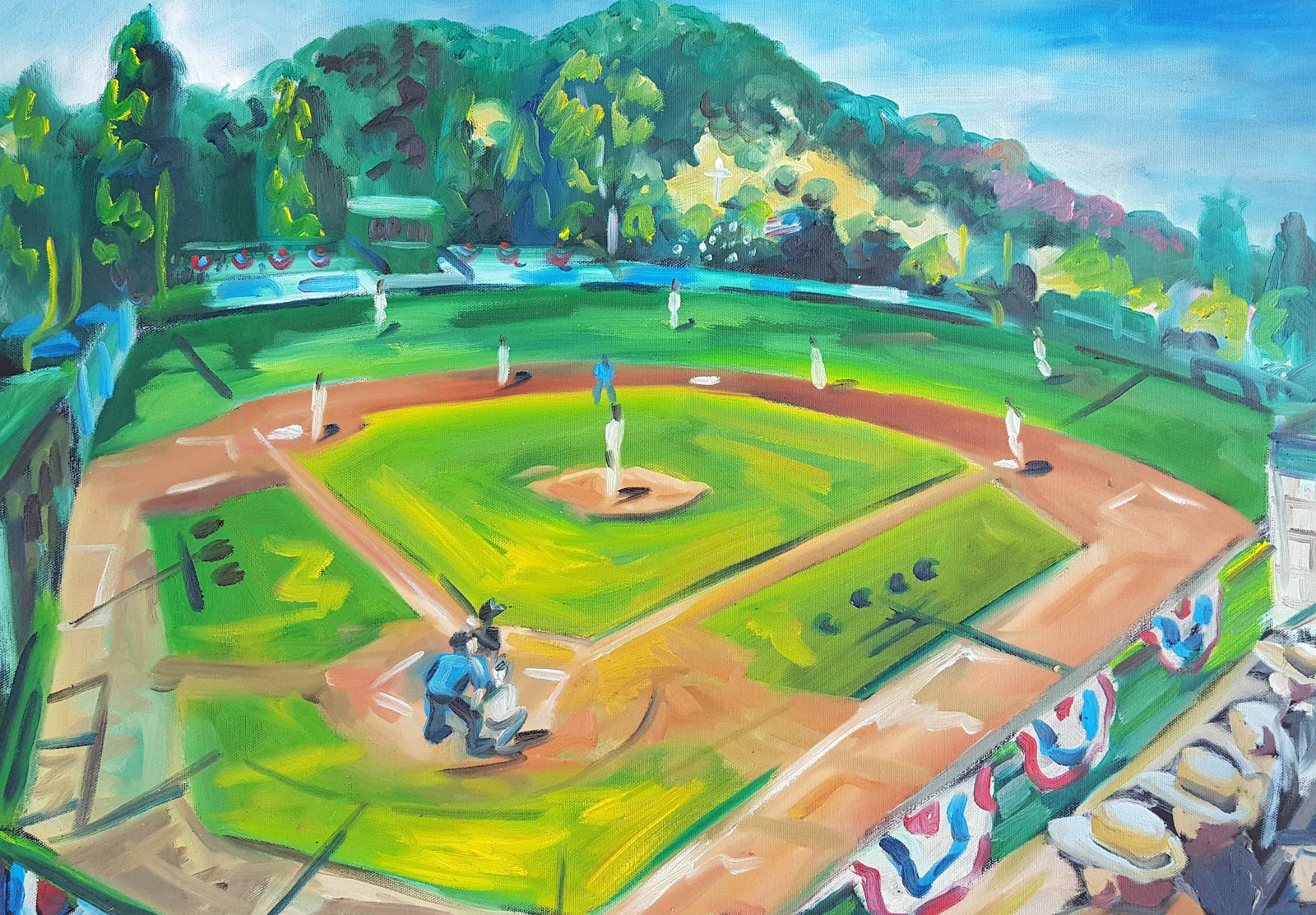 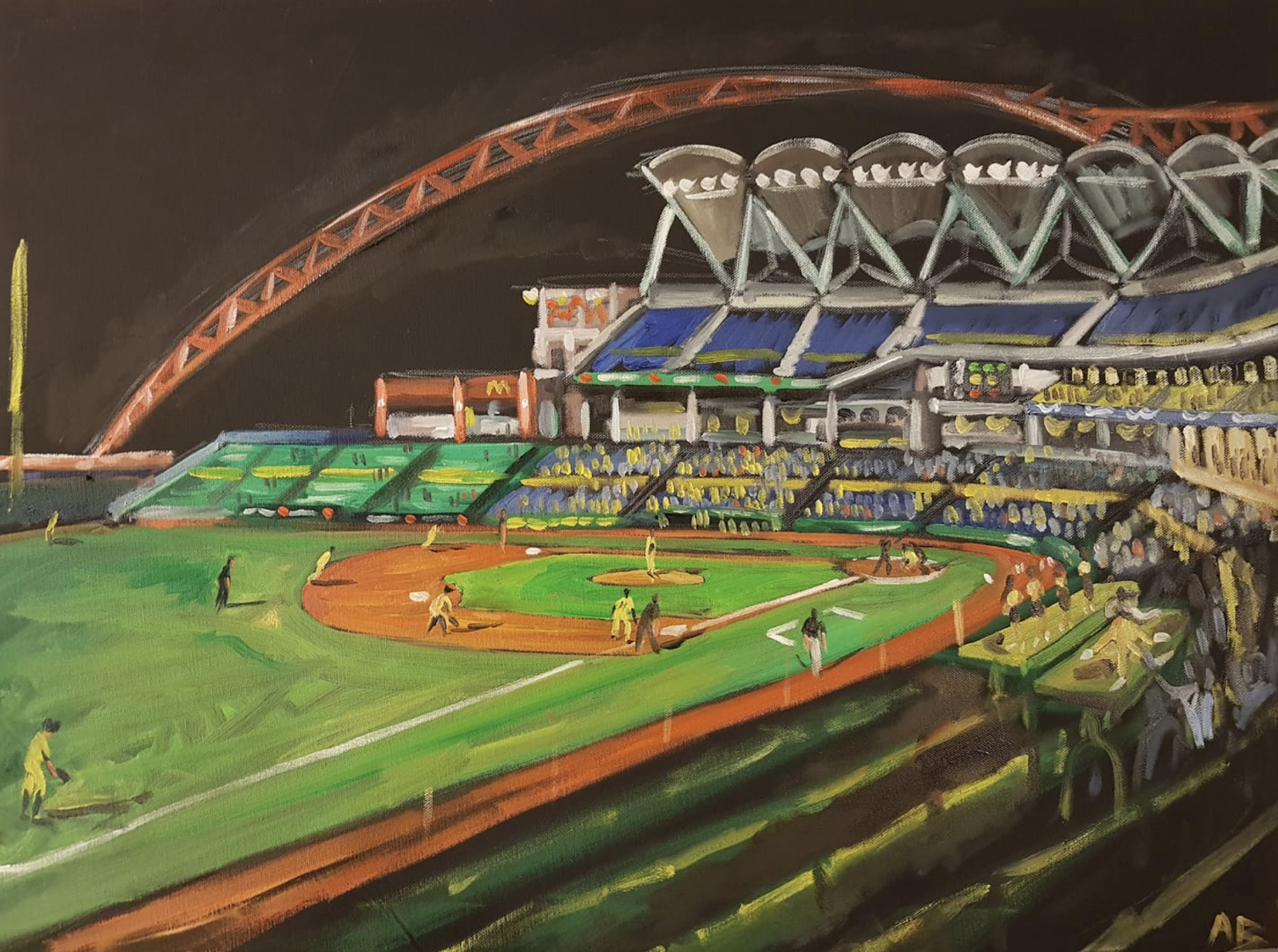 At the conclusion of my trip, I am exhibited my paintings of all 30 ballparks at Double Day Field in Cooperstown. In all the ballparks in which I have worked, my paintings – and the process of me actively painting during the game – has always attracted a huge amount of attention, giving enjoyment to the fans, players and all involved. I feel that me working in this same way gives your teams fans a unique family friendly live art show with which they can interact and view in between innings and while the game is in progress. 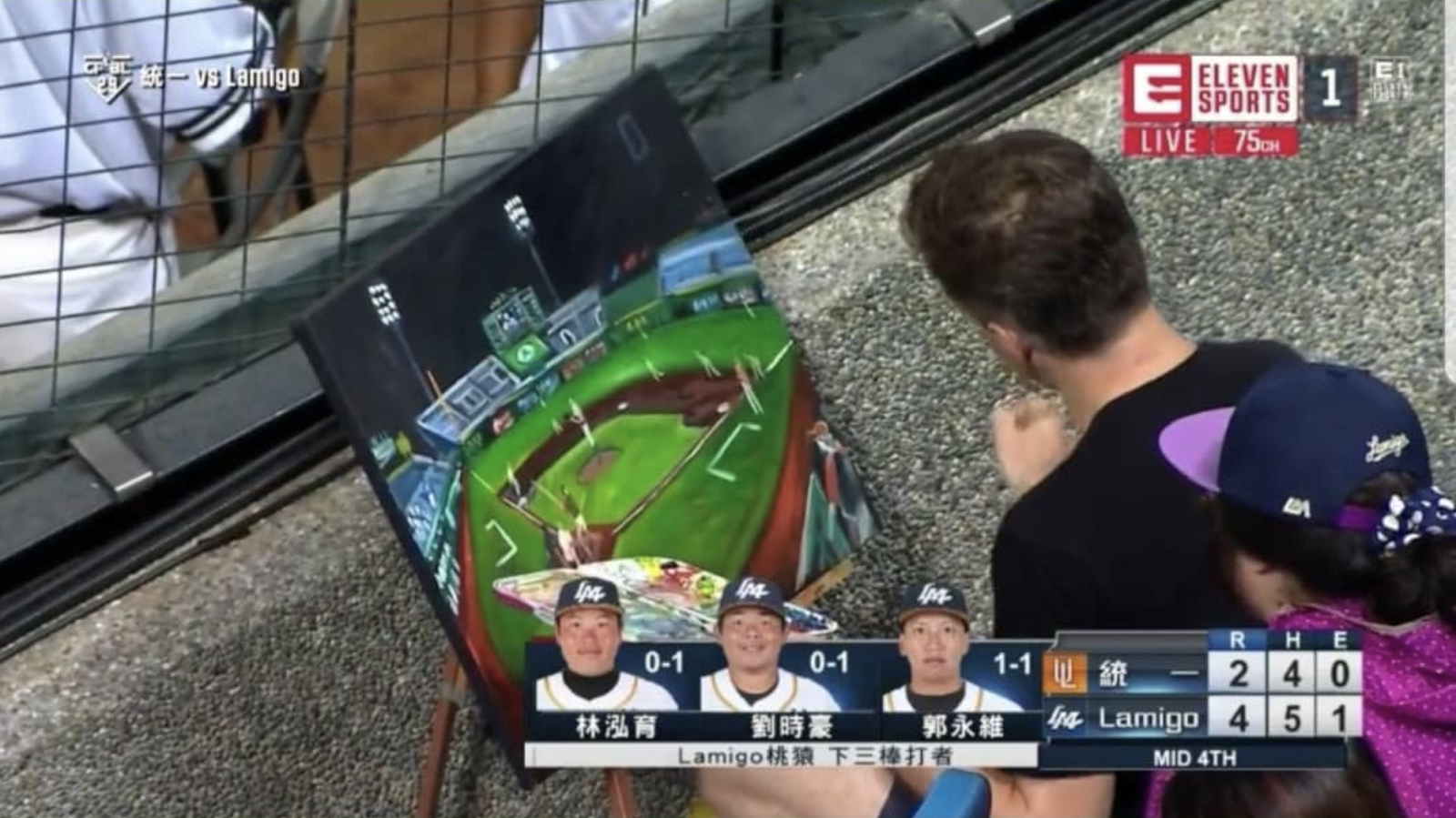 My work has been recognised by news outlets worldwide, with articles written about me in Europe, Asia and the United States of America. I have also appeared on the BBC television and radio, ESPN, Fox Sports, Eleven Sports, and I have sold my work to galleries, museums, and collectors (including MLB players and fans) across the globe! I have even received recognition from Buckingham Palace and have a question about my artwork in the board game Trivial Pursuit. 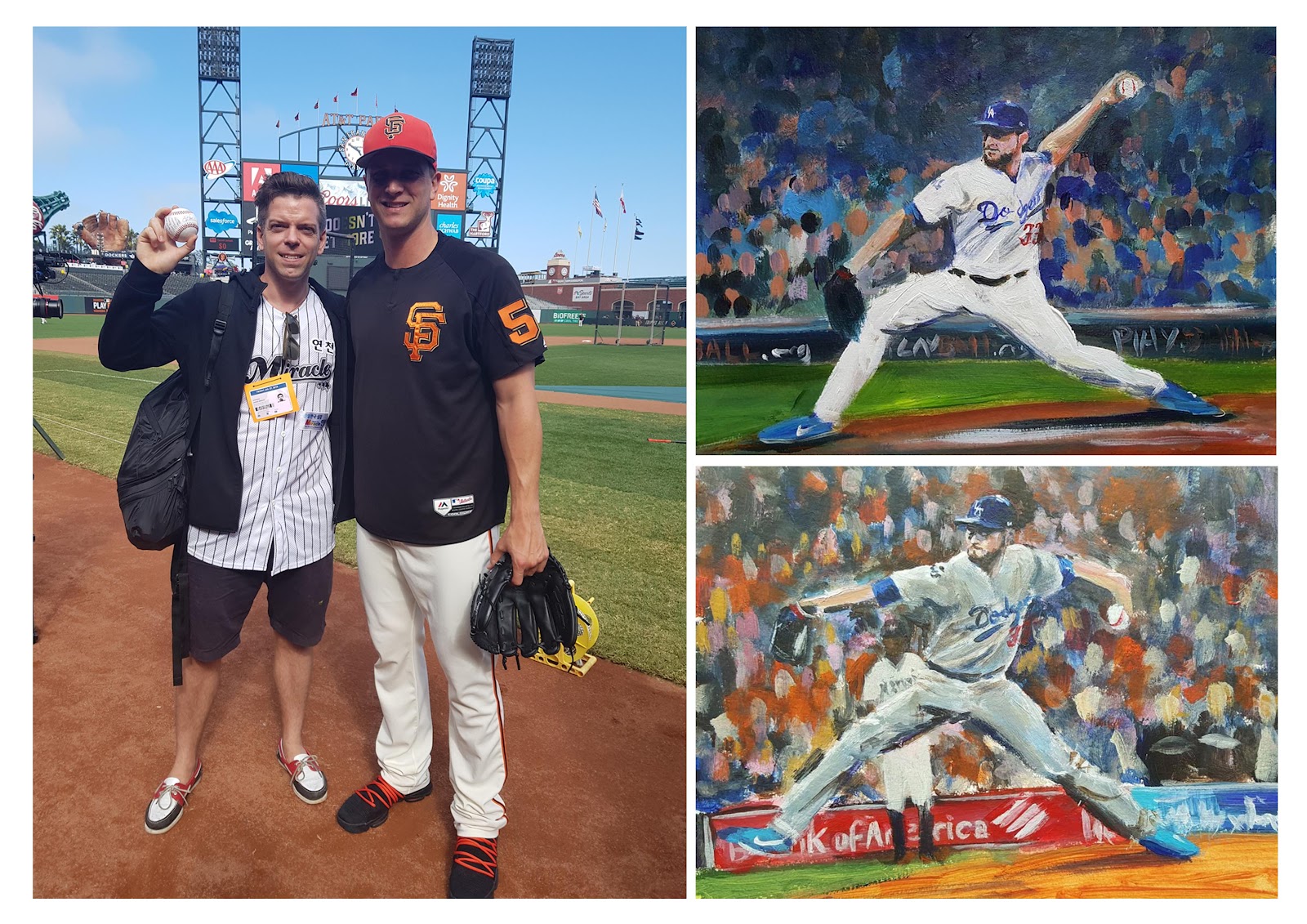 For me to paint in a ballpark, I require very little. All that I need is a space from which to paint approximately 1 x 1 metre in size. This could be anywhere within the stadium, on the concourse, in a press room or box, or on stadium steps. In my vast experience I have worked in all sorts of environments and places to create my original artwork.
I have a large social media following on the below media platforms, where you can see more about me and my work:
web: www.andybrownstadiums.com
twitter: @andybisanartist
instagram: @andybrownisanartist
Facebook: andybrownisanartist
email: andybrownisanartist@gmail.com
I look forward to hearing from you soon, whether you be front office, player or fan of any team, so we can discuss the exciting possibilities of this further.
Yours faithfully,
Andy Brown
In 2019 I completed my target to paint all 30 MLB Ballparks. Below you can see my itinerary of both legs of my trip. 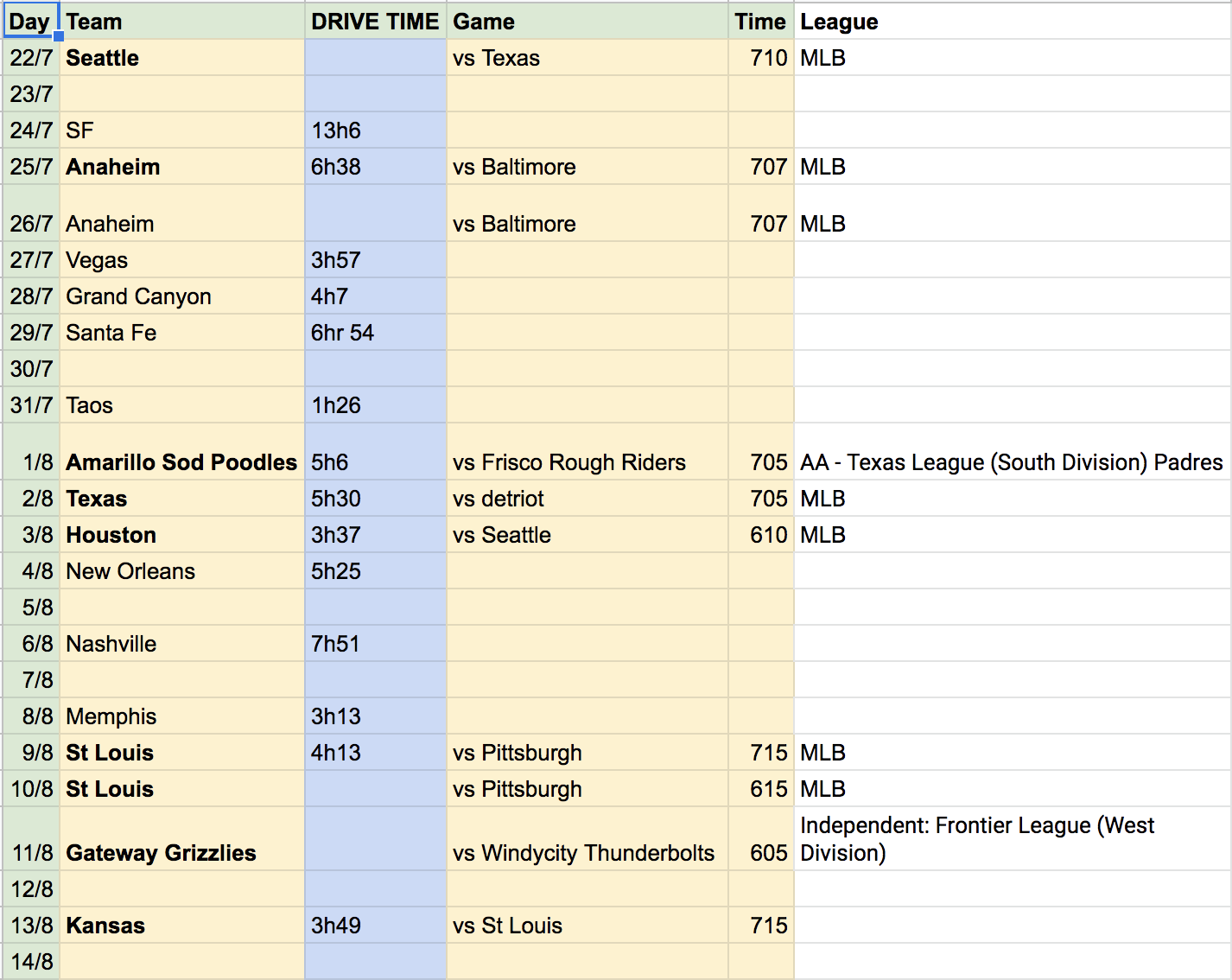 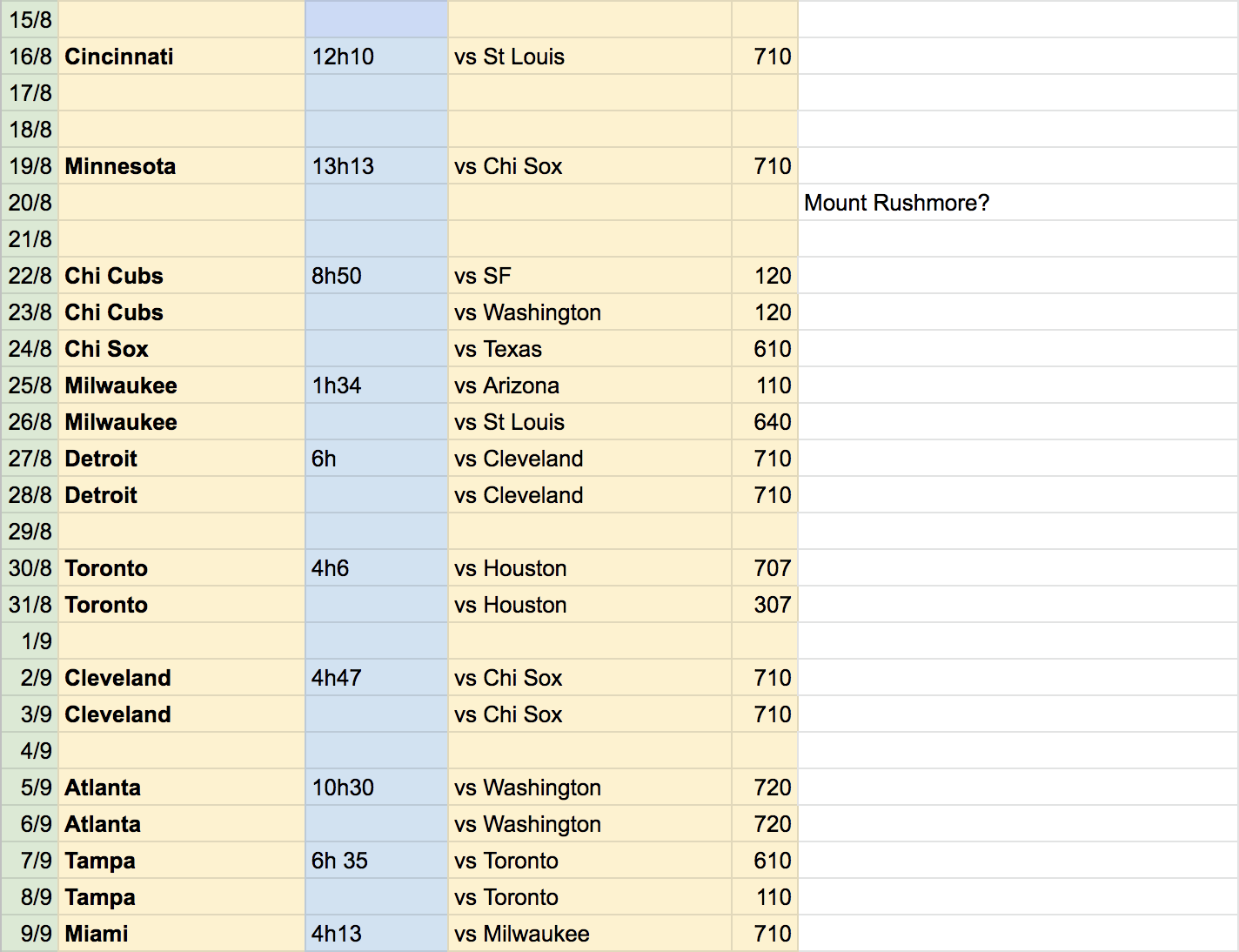 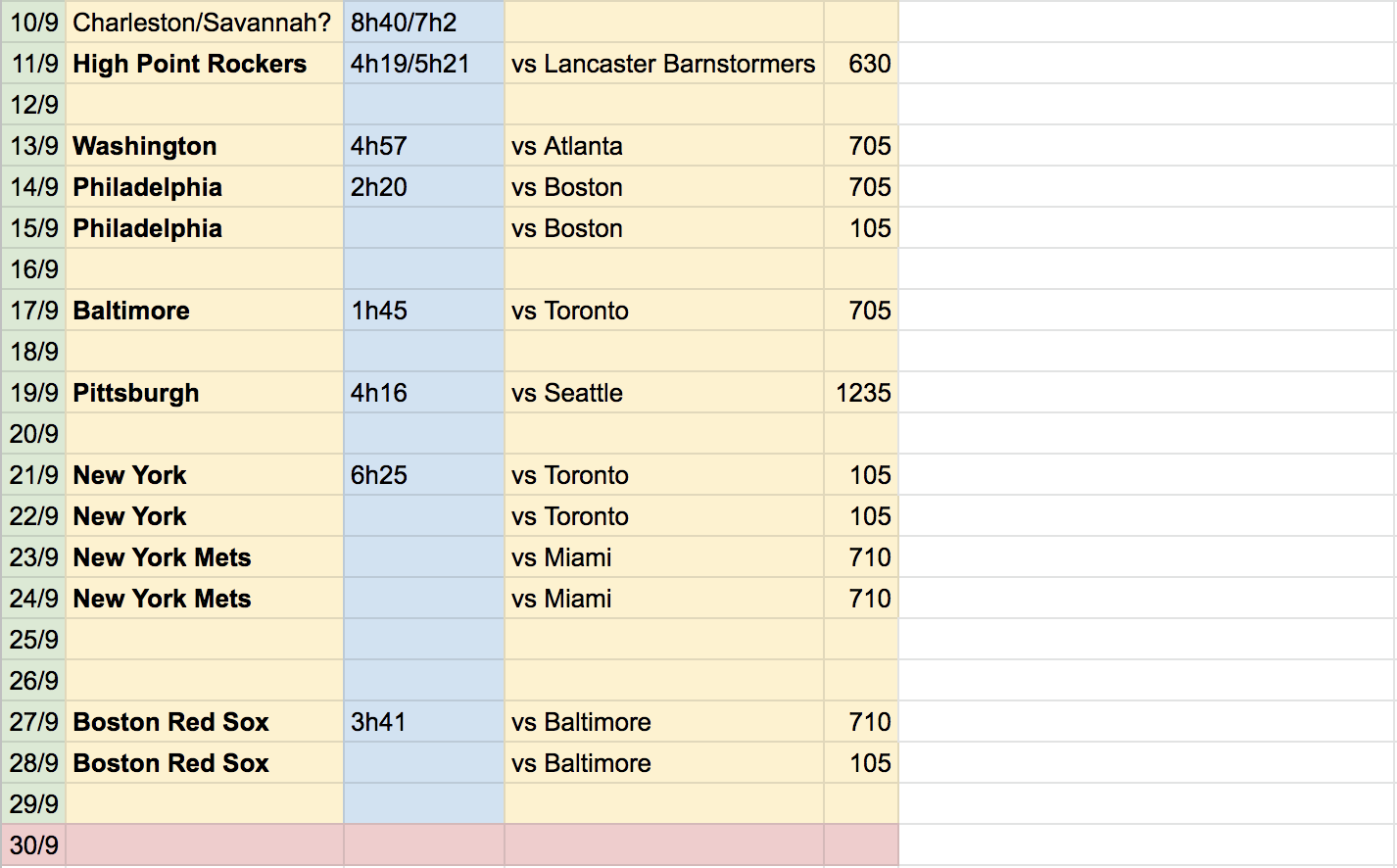